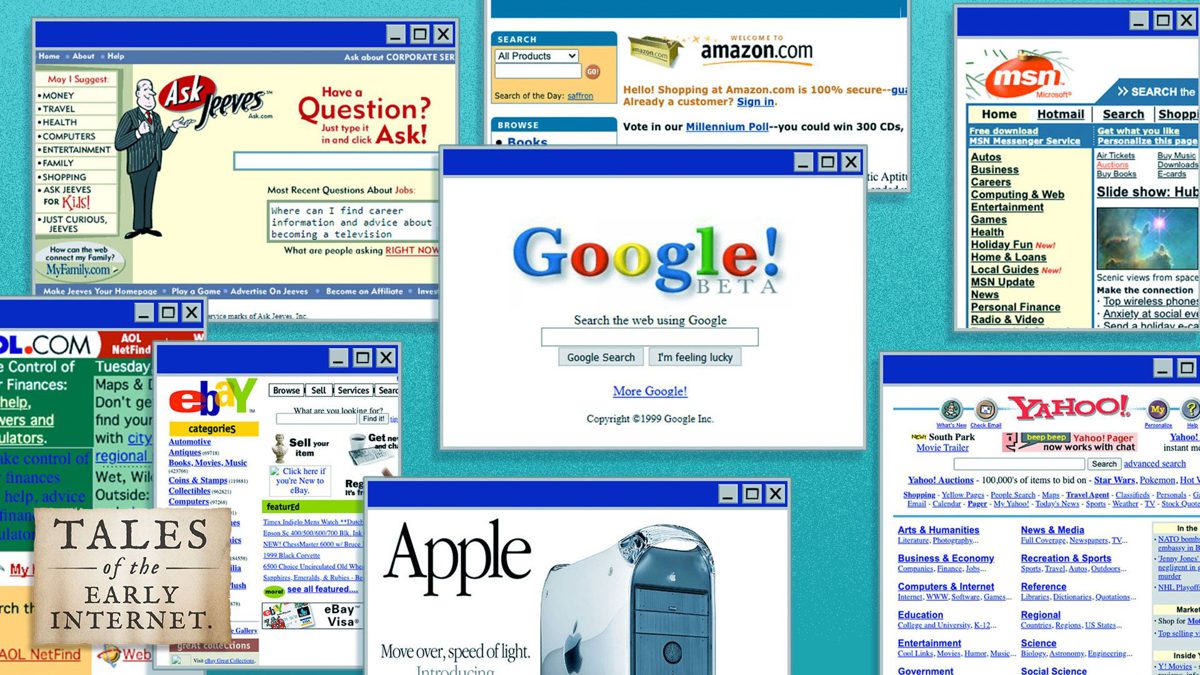 In Tales of the Early Internet, Mashable explores online life through 2007 — back before social media and the smartphone changed everything.

The year was 1999: Cher’s “Believe” was blasting on pop radio stations, Bill Clinton was impeached, Jar Jar Binks hit the Big Screen, and the beep, beep, static of dial-up internet echoed in family rooms across the globe.

The World Wide Web was still young then — gawky, awkward, and painfully slow. The dotcom bubble was still growing, on the cusp of bursting. The public had been using the internet for under a decade and those making online content (before we even called it content en masse) were often just throwing stuff at the wall.

“The 1990s were marked by exploring the possibilities of graphic design on the web and searching for ways how to approach web design, since at that time the vast majority of web designers only had experience with the design of printed material,” Petr Kovar, the founder of the Web Design Museum, which curates online exhibits about sites from the ‘90s and early aughts, said in an email.

Many websites today look the same because there is greater “emphasis on accessibility, applicability and UX at the expense of visual originality,” Kovar said. That’s not a bad thing, added the UX designer based in Prague, but it does leave web designers from the ‘90s like him pining for colorful backgrounds and Comic Sans. Although, that aesthetic wasn’t embraced by corporate brands, with many like Amazon, AOL, and AltaVista opting for box grids and just a splash of color just before the new millennium. (AOL was the most vibrant of the bunch at the time.)

“The generation of internet users born after 2000 has only a very vague idea of what websites looked like in the 1990s and around the year 2000,” Kovar said.

Let’s fix that. To freshen our memories and give the TikTok teens an internet history lesson, below are a selection of homepages from 1999. Some are in Kovar’s collection, some I had to hunt for using the Wayback Machine. (For even more of a trip, visit the Web Design Museum directly.) You can see shades of the current Google in its 30-year-old snapshot, but Apple’s is worlds away from today. And the White House homepage, yeesh.