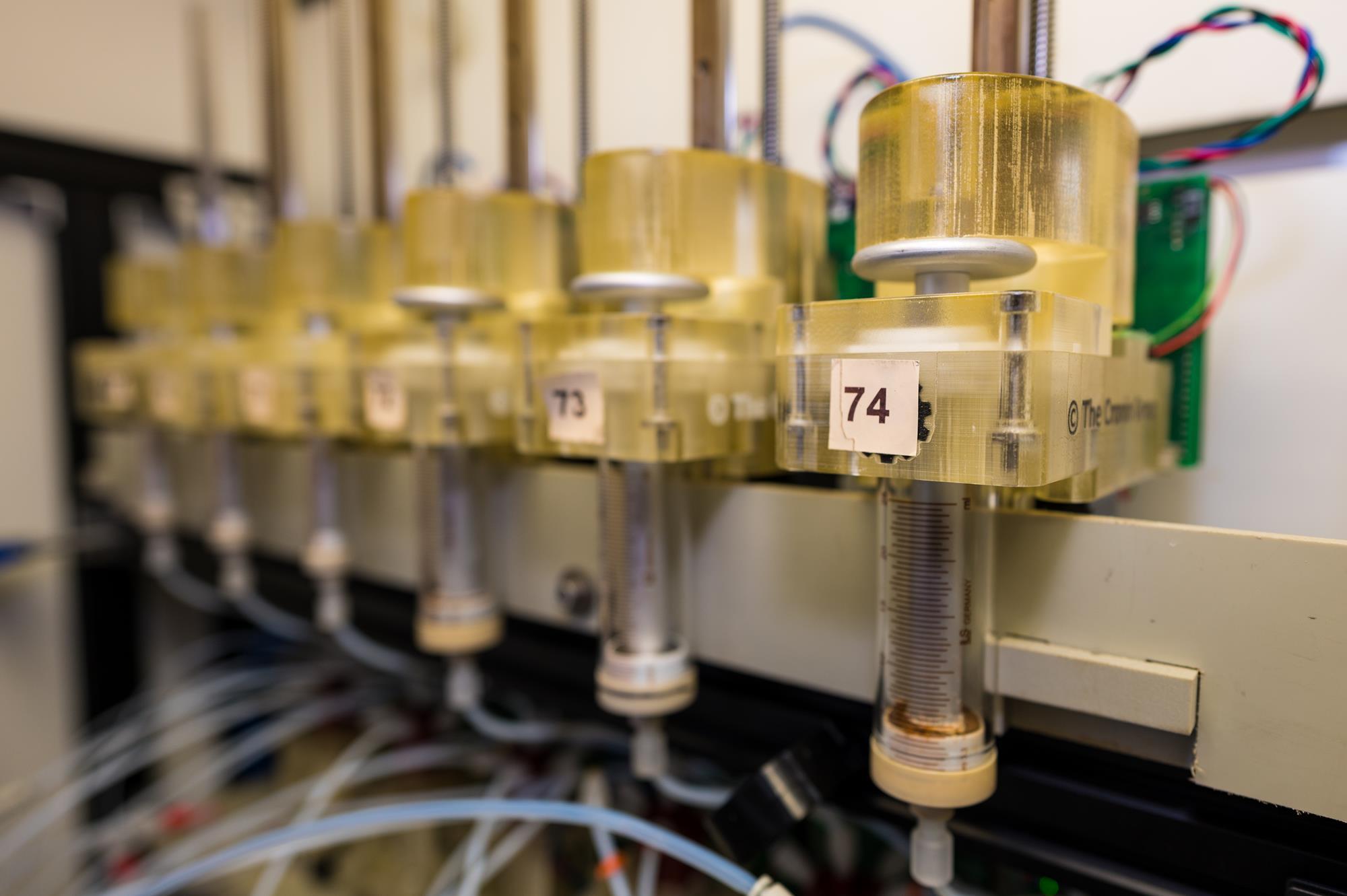 A robotic system that can read the chemical literature, turn it into working reaction pathways and use them to automatically create specific chemicals has been developed at the University of Glasgow.

The researchers say the system is the first ‘universal’ architecture for automated chemical synthesis, and can be implemented on any capable robot to turn methods in a book or journal into the desired product. It’s already been tested on common synthesis methods, and the automated manufacture of several test compounds, including the analgesic lidocaine, the Dess–Martin oxidation reagent periodinane and the fluorinating agent AlkylFluor.1

Lee Cronin, who leads the team behind the work, says the system is independent of robot hardware and is a breakthrough in creating a universal language for chemical methods. It’s based on a markup language that can represent the varied steps of chemical methods, called XDL – where the X is the Greek letter chi and comes from χημία, the Greek word for chemistry.

XDL will be open source and free to use, like the HTML used on webpages. It has rules for about 44 different synthesis operations to make almost any known molecule, and can be extended to recognise further operations, he says.

‘We’ve invented the CPU [central processing unit] for chemistry,’ he says. ‘That’s really important right now, because all the chemistry robots in the world are not only expensive, but they can’t be programed in the same way.’

The new system fixes that by describing chemical methods in XDL, and then using the XDL descriptions to generate instructions for a virtual machine – a theoretical device dubbed a ‘ChemPU’. They can then be run on different robots through software interpreters for the virtual ChemPU instructions, instead of creating customised steps for any particular chemistry robot. ‘This eliminates all that work,’ Cronin says.

Cronin’s team has developed the prototype on one of his fume hood-sized chemputers – there are now 12 of them with different configurations in his lab, automatically working on several projects. The next stage of the project will be to implement the system on chemistry robots at other institutions, Cronin says.

The system has three stages: the first uses a scanner to read pages from the chemistry literature – a synthesis method in a book or a journal, say – and parses it into XDL, with error correction to let a human chemist make fixes or adjustments. ‘That’s important, because then you can make sure that your robot doesn’t just halt and catch fire,’ he says.

The next stage turns the XDL into instructions for the ChemPU virtual machine, and the last stage interprets the ChemPU instructions for any given chemistry robot. The system will generate descriptive errors if a robot’s hardware is not up to the task, he says. The markup language XDL is integrated into a software development environment that can combine methods from the literature with input from a human chemist.

‘Take your favourite cocktail … vodka Martini or something … and write it down,’ Cronin says. ‘The system will translate it into what reactor to use, where the pipes are, what the temperature is, the stirring rate and all that stuff.’

Cronin doesn’t see chemistry robots replacing humans, however. Instead, they will let chemists get on with important tasks, while leaving time-consuming, boring or dangerous work to robots. ‘It’s going to allow chemists to make many more molecules than they could ever have dreamed of before and discover many more drugs, because they can focus on what they are good at,’ he says.

IBM Zurich’s Teandro Laino, a researcher on RoboRXN, notes that Cronin’s system uses rules to process the chemical literature, while their system uses a method based on natural language processing (NLP). Such rule-based approaches could be hard to improve without extensive human intervention, and might prove weaker than advanced NLP methods, he adds.

But Cronin counters that the XDL rules are open, editable and ensure the scientific validity of a system to connect methods from literature with their implementations on any chemistry robot – including the proprietary robot of the RoboRXN system.

Martin Burke of the University of Illinois at Urbana–Champaign, who specialises in organic synthesis and chemical innovation, says the new system is part of a brave new world of ‘democratised’ chemistry. The paper shows the tremendous potential to revolutionise chemistry by strategically merging computer science with automated organic synthesis, he says.