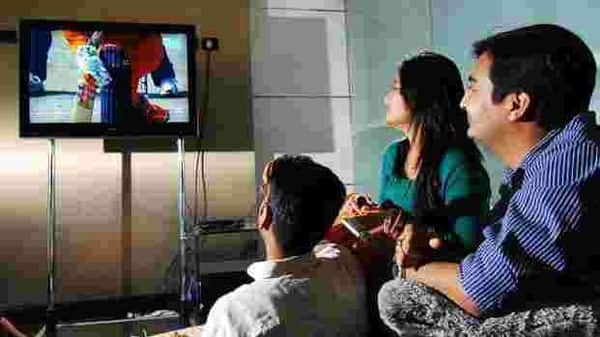 If anyone believes that the television rating points (TRPs) scandal is only about some channels fighting for advertising traction, he or she would be naïve. On the surface, it is indeed about a couple of channels trying to game the system by paying some households to keep their TV sets switched to their programmes. TRPs can be manipulated, just as readership surveys of newspapers can, and just as election surveys can. Any system can be gamed once you know how it works.

The real lessons from this shameful episode, which has led to fratricidal combat between media groups—with others, including Bollywood stars and politicians, taking sides—are about something else. It tells us much about a divided polity, a flawed and ineffective police-judicial system, and a “liberal” cancel culture which has produced its antithesis in toxic media.

For the media, the lesson is that its advertiser-led business model is unsustainable now that content has proliferated exponentially in the digital space. A model where the advertiser pays for 80-90% of content overheads and variable costs is past its sell-by date. Media now needs to focus on paying readers and viewers, with advertising revenues only being icing on the cake.

Two dilemmas follow: if subscription becomes the primary source of revenue, circulations and viewership will shrink—at least in the short-term. This may cause advertising revenues to drop. These may pick up later if one wins a sizeable audience, but this implies that many broadcasters have a reason to influence TRPs by hook or crook.

The second problem relates to media’s larger role in a democracy. If only paying subscribers are able to watch news and access opinion, our media will remain an elite preoccupation and not serve democracy. The only logical way out is for media to realise that its public function in a democracy is at variance with its commercial interests, and this calls for funding it partly from corpuses contributed by philanthropists, or crowd-sourcing, among many options. As long as media is permanently beholden to political or commercial interests, it is unlikely to play its designated role in informing citizens of issues and options.

Without addressing these conflicts of interest, is it any surprise that a significant part of the media seems so partisan? Many regional parties have their own newspapers and TV channels, from Sun TV and Jaya TV in Tamil Nadu to Eenadu and Sakshi in Andhra Pradesh, to Saamna, Sakal and Lokmat in Maharashtra—to name a few. Even where political linkages are less clear, media biases are not difficult to discern. This is the result of an unsustainable business model, which implies that staying in the good books of a government, whether at the Centre or states, is their key to survival.

You may or may not be a fan of Arnab Goswami’s channel, but there is little doubt that it has fallen foul of the administration in Maharashtra. Otherwise, why would a police chief publicly name it in the TRP scandal even before investigations are complete?

Some commentators have singled out some channels, including Republic TV, for “toxic” content. One does not have to be in favour of aggressive opinion-mongering by TV anchors to produce toxic content. The polarization in media essentially reflects the underlying divisions in our polity, and it did not begin in 2014. It may have had its recent roots in the rise of the India Against Corruption movement of 2011, which had Anna Hazare and Arvind Kejriwal in lead roles, and perhaps in the 2002 communal disturbances in Gujarat. India Against Corruption stigmatized business in general on the basis of the illegalities of a few; 2002 appeared to be the pivot around which the Congress built its minoritarian politics of the United Progressive Alliance. It was only a matter of time before 1984 was brought into play by the other side. Soon, aggression levels rose as political parties upped their caste, class and religion games. This toxic political reality is what eventually gave rise to toxic journalism, as every party now needed to feed the media its own biases. Media vehicles unable to stand on their own legs fell into the trap.

To an extent, this polarization was underpinned by a broader failure of liberalism in India, especially after the Left commandeered the “liberal” space, and a kind of “cancel culture” arose, first in academia and then in media and other institutions, including Bollywood. Actor Sushant Singh Rajput’s tragic death earlier this year and Kangana Ranaut’s outbursts should be seen in this context.

Consider the 1970s and 80s. In the Indira Gandhi years and later, conservative voices were dismissed as retrograde without any attempt at inclusion; traumatic episodes in Indian history were glossed over by the Left.

With the old Left-liberal power structure being challenged by an emerging elite and consumer class—a result of higher growth after 1991 and the empowerment of mid-bracket castes after the Mandal commission report—the former seems keen to hold on to power by trying to roll back today’s political realities.

This power struggle is at the heart of the media battles playing out today.

* Thank you for subscribing to our newsletter.