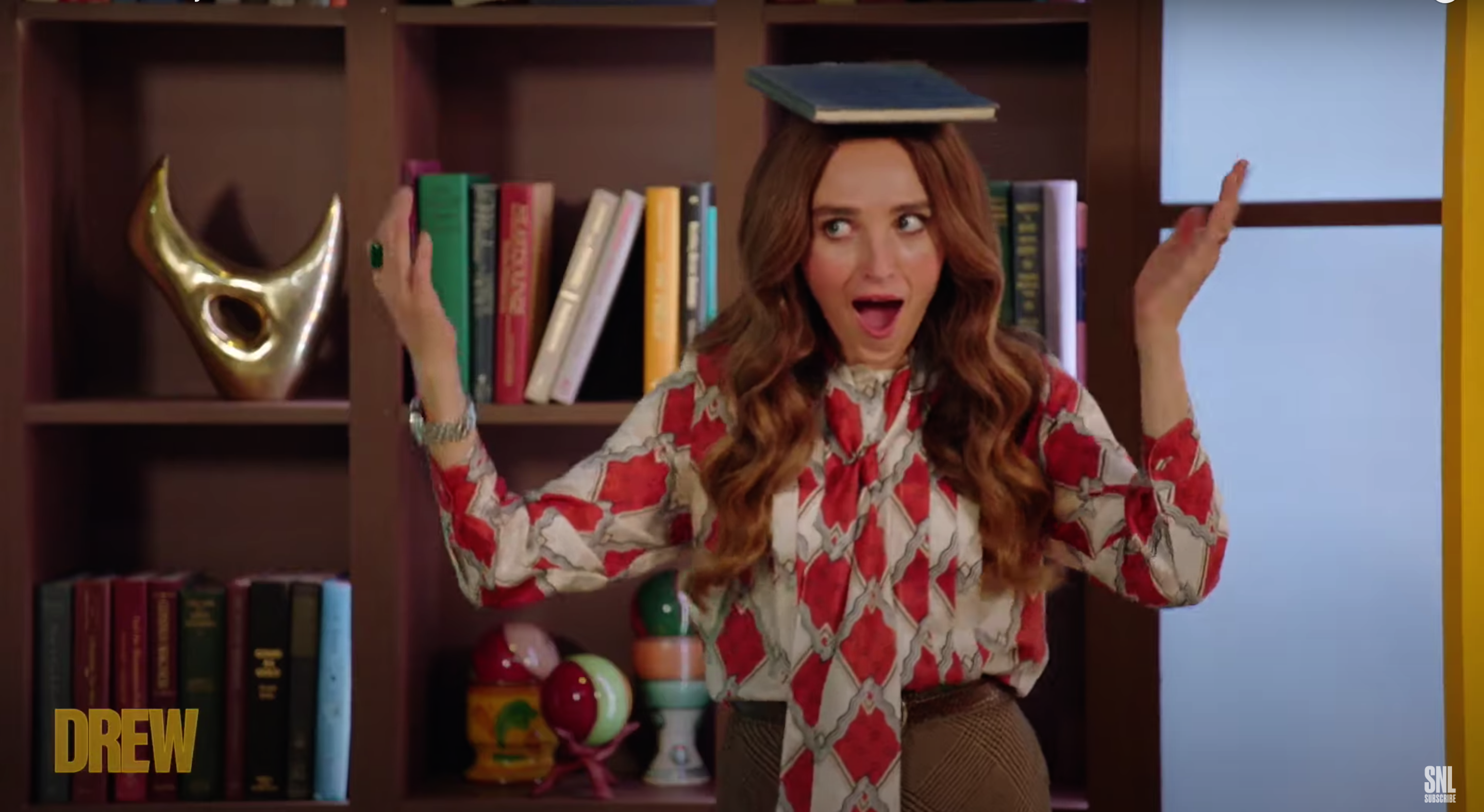 Three weeks after the premiere of The Drew Barrymore Show, the new daytime syndicated talker got a parody on Saturday Night Live.

The NBC late-night sketch show used the spoof to also mention the controversy surrounding another daytime talk show, The Ellen DeGeneres Show, which played out while SNL was on hiatus. It involved an investigation into accusations of toxic work environment and included claims that staffers had been asked not to talk to the host or make eye contact with her. The probe resulted in major changes on the show, including the ousting of top producers.

“There is a new face in daytime,” a voiceover said over video of SNL‘s Chloe Fineman as Drew Barrymore. “After seeing what went down with Ellen, we took a hard turn in the other direction.”

Later in the skit, Fineman’s Barrymore is seen chasing her cameraman, trying to hug him.

“And don’t worry about her being mean to the crew — they say she maintains eye contact too long and is too emotionally supportive,” the voiceover said.

Fineman’s cheerful and hyper Barrymore called her viewers “my beautiful wildflowers” and “my BFFs” and of herself, “I’m just like you, a boho free spirit mommy mother movie star since I was 6,” a reference to her rise to fame at age six with her starring role in blockbuster E.T. “At least someone is enjoying 2020,” the voiceover said sarcastically of the exuberant host. The Drew Barrymore Show has been called by critics “bizarre” and “weird.”

Fineman brought back a technique she used during the remote SNL episodes last spring when she did skits featuring her doing multiple impersonations. In addition to Barrymore, Fineman portrayed two of her celebrity guests on the show, Reese Witherspoon and Nicole Kidman. Watch the video above.