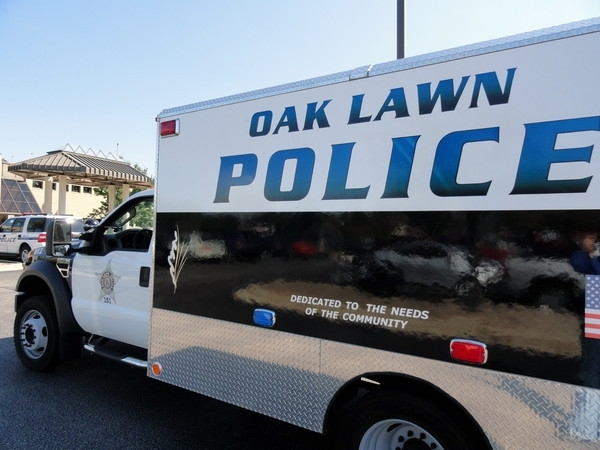 OAK LAWN, IL — An Oak Lawn man threatened to shoot police with a compound bow and arrow because the officer’s headlights were shining in his yard, reports said. Robert Drexel, 36, was charged with aggravated battery, battery and aggravated assault.

Around 4:30 a.m. Sept. 3, an Oak Lawn police officer was parked in a store parking lot on Central Avenue on his lunch break when a man, later identified as Drexel, approached the squad car carrying a compound bow and arrow, police said.

Drexel yelled, “what are you doing out here,” the officer said. Drexel told the officer his headlights were pointing in his yard and that he was “sick of you Oak Lawn cops always pointing your lights in my yard,” according to police.

When asked for his name and address, the officer said Drexel replied that he was the “neighborhood patrol” and that he would shoot the next Oak Lawn police officer who shined a light in his yard with his bow and arrow. The officer also noted that Drexel’s breath smelled of alcohol.

The officer asked Drexel to hand over the bow and arrow. Drexel handed the bow to the officer, but became upset when the officer put the bow on the ground, police said. Drexel allegedly told the officer and told him he had taped a bottle rocket on the tip of the arrow. The report said Drexel “squared up and clenched his fist,” coming within an arm’s length” of the officer.

Drexel slapped the officer’s hand away when he tried to reach for the arrow, police said. He then asked the officer about another village employee he was accused of assaulting in July. By that time, another backup Oak Lawn officer arrived. Drexel was arrested and taken to the Oak Lawn police station, police said.

At the police station, Drexel requested an ambulance to Advocate Christ Medical Center accusing the officer of hitting him the head with a flashlight, police said. He was taken to hospital for an evaluation.