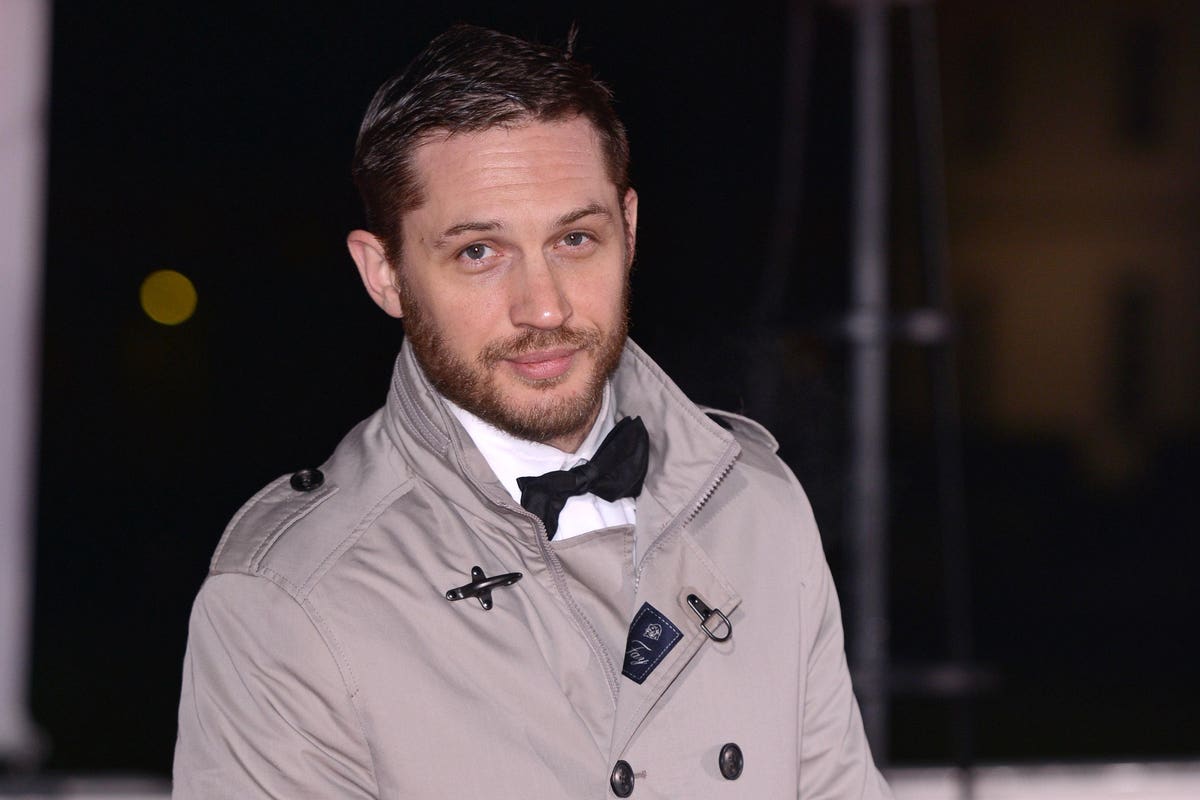 The casting of an actor to play Bond isn’t casting so much as it is an anointment of a sort-of cinematic Pope, as well as a ceremonial transfer behind closed doors of the custom-made Bond kit, the Walther P99, whatever model of Aston Martin can be put together to carry a few missiles, and various incredibly cool, lethal gadgets to be used by the paladin in this or that mortal dust-up downrange. Since we are speaking of London and the hints and winks overflowing the gutters of Fleet Street, let’s say that the rumours have been mounting intensely over the last days that the Venom star and the actor with the charmingly embattled boxer’s face, Tom Hardy, has been secretly anointed by Barbara Broccoli as the next Bond.

This would be big news if it were coming from, say, Barbara Broccoli, in whose hands the massive casting of this long-running 58-year-old film franchise rests. But it’s not coming from Ms. Broccoli just yet. What we know is that the mad Twitter-er/blog-meister Vullian, known to be the author of the entertainment blog “The Vulcan Reporter” — apparently named for the highly “logical” planet in the Star Trek series that gave us the beloved Mr. Spock — has recently waded into the next-Bond fray and declared victory. It will be Hardy, he says, with quite some finality.

What does this mean? Well, it means that “Vullian/aka The Vulcan Reporter” thinks that, take it or leave it. While it’s presumed that he is American, his reach into the hearts and minds of Fleet Street seems quite assured. His single-handed declaration that it would be Hardy fitting into Daniel Craig’s far-too-tight Tom Ford suits was wholly unsupported by any shred of confirmation or even a bare whiff of a named human source. Yet his opinion somehow tore Fleet Street’s tabloid editors from their huddled drinks parties of “less than six,” as Boris Johnson’s new SARS-CoV-2 rules stipulate, and sparked them to fall in line and declare Hardy the victorious inheritor of the Bond orb-and-sceptre.

More meaningfully, the hard-nosed British bookmakers, who had been touting the dapper, less-raffish-than-Hardy James Norton as the favorite for the last months, turned on their heels and instantly slashed Hardy’s odds. Depending on the bookmaker, Hardy had been languishing at, roughly, medium low odds of 8/1. On September 20, leading bookmaker Ladbrokes cut Hardy down to 4/5, which in effect bestows upon him a 55.56% probability of bagging the role.

Handicapped another way, there is still a 44.44% probability of, or 5/4 odds on, Hardy not getting cast in the role. The takeaway? Hardy’s by no means a sure thing just yet. Which is to say, London’s lovably gimlet-eyed bookmakers can be trusted to protect themselves from the players, adjusting their payouts this way and that. But the bookies aren’t responding as lemming-like as Fleet Street has done to the alleged industry insider “Vullian/aka The Vulcan Reporter.” The bookies are far more attentive to their business. They’re responding to the players, who are responding to Fleet Street, who are responding to Mr. “Vullian.” It’s a lattice of compound, thus vulnerable, reliability. Which may prove out but which cannot, unfortunately, be trusted.

Alex Apati of Ladbrokes explained it this way to the salivating British press: “A flurry of bets over the past 24 hours suggests the cat is out the bag and it’s Tom Hardy that’ll soon be replacing Daniel Craig as 007.”

Key is the word “soon.” Although some betting-on-the-next-Bond markets have been closed, it’s important to note that, for all the huffing and puffing around London, and there’s a ton of it, nobody has successfully gotten the word from anybody within a few miles of Ms. Broccoli — not her maid, nor her hairdresser, nor her chauffeur, and certainly not from the lady herself. If she’s actually cast anybody, including Hardy, in the role, it’s unlikely that she, or her brother and co-producer Michael Wilson, would be wanting this sort of news to drop before Craig’s valedictory performance is actually brought out from its SARS-CoV-2 lockdown to the world’s large screens.

Then, there are the actors themselves. As the doyenne of the franchise, Ms. Broccoli has a stellar casting record to top in Mr. Craig. She was famously responsible for that, and she and her brother are responsible for coaxing Mr. Craig back for one more go, this hotly-awaited one. It’s not a stretch to say that Craig has taken his four films and infused the role with a winning sort of brutality, harking back to some of the early Sean Connery bashing-work in Dr. No and Goldfinger.

Barbara Broccoli is a fan of that. She loves Daniel Craig for what he has done. As much as we love to speculate on how to “change” Bond, which is a big narrative challenge for a half-century old franchise built around the notion of the Cold War, what’s behind the current betting on Hardy in London is that Barbara Broccoli will stick with the Craig template. It was working well.

Presuming that Mr. Norton overs in or about the odds as a (relative) second-favorite, his Bond would lie more in the archaeological suited-and-booted Savile Row vein of Pierce Brosnan’s wisecracking Bond than it would in that of Craig. Seen this way, perhaps the bookmaker’s sudden shift of affections toward Mr. Hardy seems — in the words of Star Trek’s Mr. Spock — deeply logical. His head and his eminently cinematic somewhat worn face show his battles with and in life, as Mr. Craig’s did. Arguably, that scarred-veteran bearing is what Barbara Broccoli wants the next man to play Bond to have.