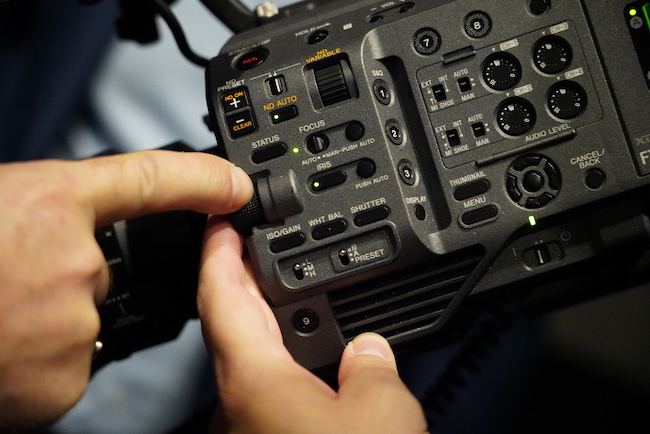 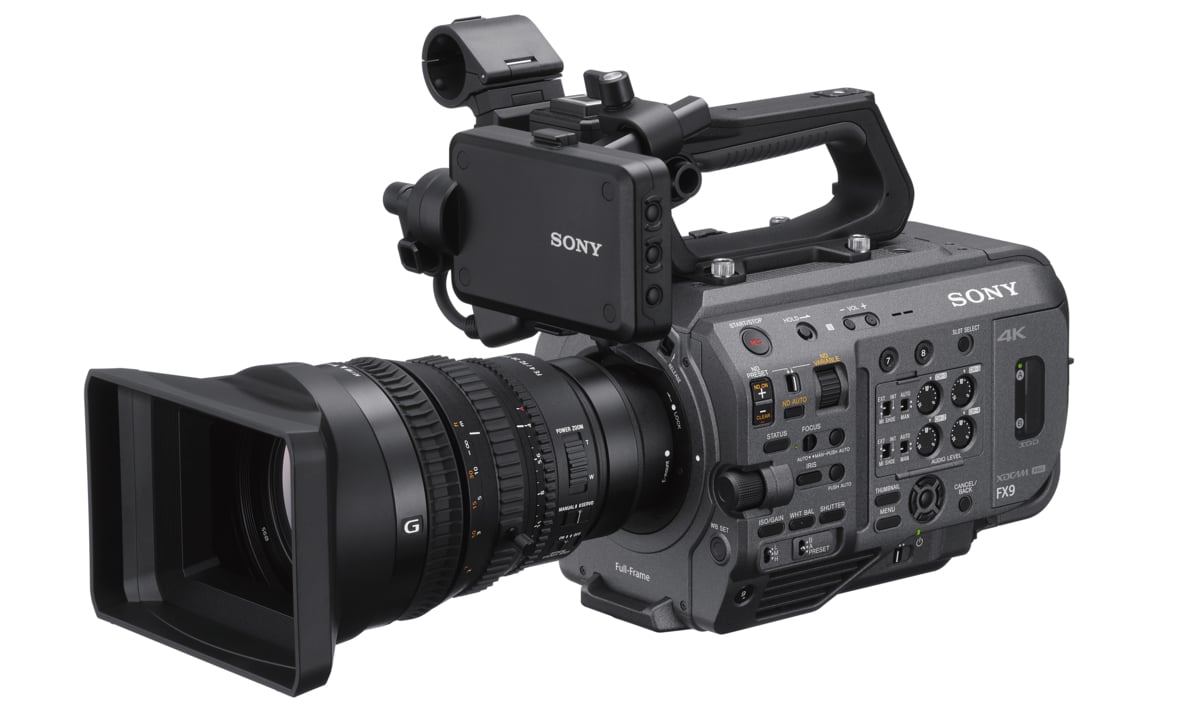 Sony enters the full-frame camcorder market with its IBC2019 introduction of the and . Ned Soltz reckons it is a major step beyond the FS7 at about the same price

Sony briefed members of the press several weeks ago under a non-disclosure agreement. We were given the opportunity to hold pre-release versions of the system as well as to interact with Sony marketing and technical people. Here is a summary of the announcement along with comments from Sony representatives. And I’ll share a few early impressions.

The brings together technologies from the Alpha mirrorless camera series and the Venice CineAlta digital cinema camera while keeping the basic style of the FS7. In fact, most third party FS7 accessories will work with the FX9.

The camera is built around a 6K sensor which downsamples to 4K to create images in excess of 15 stops of dynamic range. Inherited from the Alpha series is fast hybrid autofocus. As an FS 7 II owner and former FS7 owner, I react with delight. While I have never been a fan of autofocus in video, reliable autofocus in the FX9 extends its use beyond more structured production with an opportunity to nail focus to run and gun operations from reality TV to weddings to even ENG.

In fact, Sony is targeting exactly that freelancer, production, wedding/event videographer segment with the camera.

Using the , 16-bit RAW will be possible in a future promised firmware update. Currently, 14-bit RAW is output as with the FS7. Sony is working with external recorder manufacturers to ensure compatibility. There is, however, no X-OCN support and no definitive response to our questioning future development plans.

Notable is that the FX9 records to the same codecs as the FS7 meaning there would be no change to existing workflows. Note, however, that only UHD resolutions are supported in this future firmware release. Full 4K DCI will follow in the first firmware update several months after the release of the camera.

Side view of the FX9 showing the new grip

Now for some specifics.

The camera is based on a new Exmor R full frame sensor with 19 megapixel resolution and a dual ISO of 800/4000. The Sony team did not elaborate on details of the sensor other than to note that it is a stacked, backlit CMOS with 561 points of phase-detect autofocus covering 94% of the image width and 96% height. There is a customizable 5-step autofocus transition speed which can be set in the menu system and the user can override autofocus even in AF mode. Thank you Alpha!

The FX9 also has the first full-frame variable ND system and it is electronic at that.

We FS7 users had long asked Sony for more camera button and dial control for functions which had been requiring diving deep into Sony’s menu system. It is now possible to change settings for audio channels 3 and 4 without going into the menu. And the big news is that a multifunction dial on the camera can change white balance and ISO. 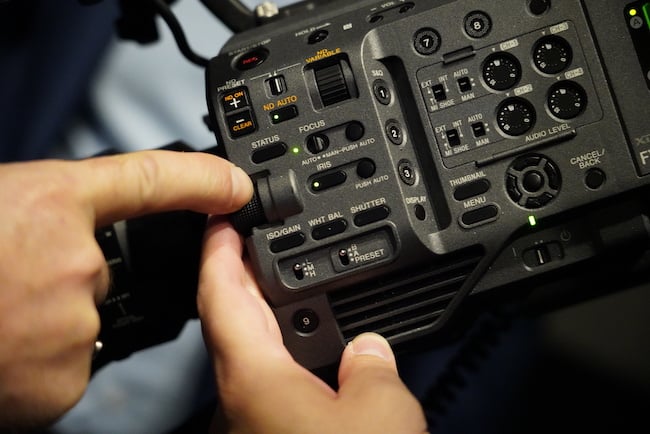 Close-up of the multifunction dial

A question that immediately came up was whether color temperature could be changed in Cinema EI shooting as opposed to just the three available presets. Sony engineers tested it on the spot and confirmed that indeed Cinema EI white balance can be adjusted manually.

And a few other advances.

The EVF tube can transform into a sunshade. This was not available at pre-announcement briefings so the demo cameras were configured with the old VF.

Genlock TC in/out is now on the camera body. If you don’t need the V-lock battery mount, RAW and other features of the extension back but needed Genlock for multicam work, you’re in luck.

Now for the Venice parental DNA contribution. First of all, a subtle one; the camera isn’t black any more, it’s Venice grey. And the default gamma is Venice’s S-Cinetone.

There is an entirely redesigned extension arm and much more ergonomic handgrip. And the body is now squared-off as opposed to the more retro Aaton look of the FS7. This also allows the camera to balance on the shoulder now via an integrated shoulder mount. I only wish the camera had included rod holes. So lens support, follow focus, motor drives, matteboxes, etc will still require an add-on bottom plate. 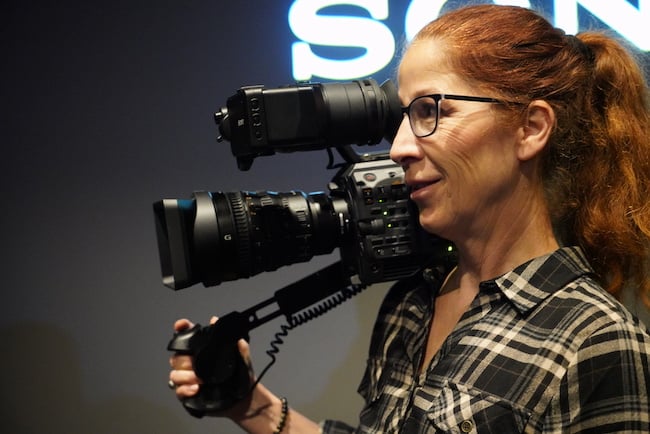 The FX9 balances on the shoulder via an integrated shoulder mount

The adds to the ports from the FS7 back. While Genlock is now standard on the camera body, the back adds 16 bit RAW (next firmware), RJ-45 connector, dual link 2-carrier lines and support in the future for DWX slot wireless microphone system.

Like even the FS5, the FX9 will now have HLG gamma for those who want to dabble in HDR video.

We’re excited about the FX9 and it shows Sony is building on the phenomenal success of the FS7, on the color science of Venice, and the autofocus abilities of Sony Alpha mirrorless. We predict the market will respond favorably.

The FX9 will be available in January, 2020 with an estimated street price of body only, $13,499 with the full-frame Sony 28-135 motorized servo zoom and . It represents a major step beyond the FS7 at about the same price.

And one more thing…

Sony is returning to the Cine lens market not on the PL side but E mount. The first of these lenses will be a 16-35mm T3.1. It is only in E mount and has industry-standard gear rings on focus, aperture and zoom along with superlative glass quality. It will be available this winter at a price of $5500.