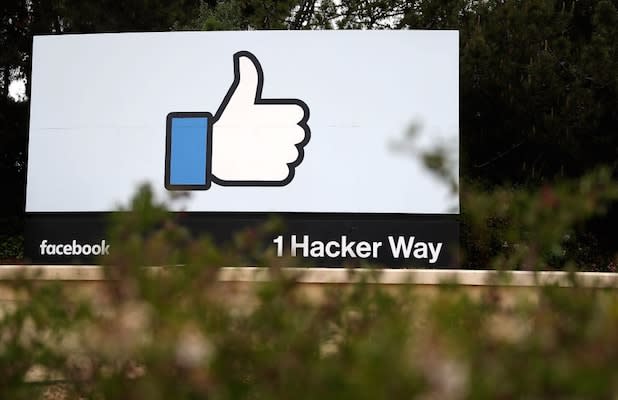 Facebook on Tuesday afternoon said it would now remove all QAnon content on its platform, expanding on a position it took in August to limit the reach of the right-wing conspiracy theory.

The new policy will go into effect immediately, Facebook said, but that it will “take time” to weed out the content over the coming days and weeks. Facebook’s “dangerous organizations operations” team will look to “proactively detect content for removal,” rather than relying on users to report QAnon posts, the company said.

In August, Facebook banned nearly 800 QAnon groups as part of a purge targeting groups that “celebrated violent acts.” On Tuesday, Facebook said it had decided to step up its policing of QAnon content after studying the “impact” its had on the platform over the last few months.

“For example, while we’ve removed QAnon content that celebrates and supports violence, we’ve seen other QAnon content tied to different forms of real world harm, including recent claims that the west coast wildfires were started by certain groups, which diverted attention of local officials from fighting the fires and protecting the public,” Facebook said. “Additionally, QAnon messaging changes very quickly and we see networks of supporters build an audience with one message and then quickly pivot to another.”

If you’re not familiar with QAnon, it’s an amorphous, loosely organized conspiracy theory that combines fringe, extremist right wing views about government and the entertainment industry with white nationalist concepts. The theory claims, with absolutely no basis in reality, that a secret satanic cabal controlled by Hollywood and prominent Democrats created an international pedophile ring and is plotting a clandestine coup against Donald Trump. They also believe that Trump is leading a secret effort to defeat this scheme.

The movement has been linked to several attempts to assault or kill people, including Democratic presidential candidate Joe Biden and members of the media, and the FBI considers QAnon to be a domestic terror threat. Several high profile Republicans have begun using slogans associated with QAnon while denying any connection, and Donald Trump has repeatedly amplified social media accounts connected to it.