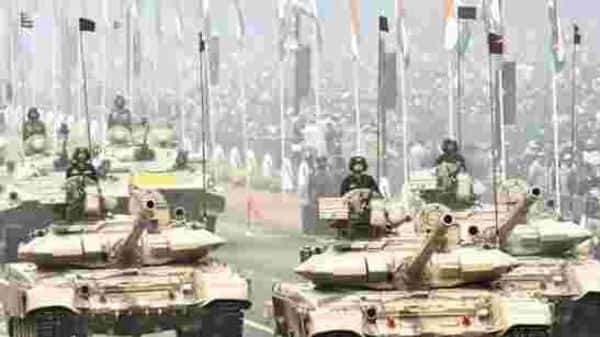 NEW DELHI: Domestically designed, developed and manufactured armaments and defence hardware must have at least 50% indigenous content, as per the new Defence Acquisition Procedure (DAP) which was unveiled on Monday. This is up from 40% in the procedures outlined in 2016.

If a defence platform is manufactured in India, it must have 60% Indian content, according to the DAP 2020, released by defence minister Rajnath Singh. The policy which the defence ministry says is “aligned with the vision of Atmanirbhar Bharat” or Self Reliant India, aims to “empower” the domestic industry through the Make in India initiative.

Atmanirbhar Bharat was introduced by the Modi government in May to kickstart the economy which had come to grinding halt after a stringent lockdown was imposed to slow the spread of the novel coronavirus disease.

Provisions contained in the document are meant to ensure that India turns into a global manufacturing hub. The DAP 2020 “has adequately included provisions to encourage foreign direct investment to establish manufacturing hubs both for import substitution and exports while protecting the interests of the Indian domestic industry,” a statement from the defence ministry said.

Some of the changes that have been incorporated include exploring the willingness of prospective foreign vendors to undertake manufacturing and set up an indigenous eco-system at the spares or sub-component level when the Request for Information (RFI) is issued for the acquisition of a platform.

It also has provisions to encourage a foreign vendor to set up a subsidiary in India for the manufacture of either the entire platform or part of it, or its spares or the maintenance, repair and overhaul (MRO) facility for the equipment. This section is titled “New Category of Buy (Global – Manufacture in India).” It also includes the buyer’s right to optimise life cycle support costs and system enhancements through the indigenous eco system incorporated.

India is one of the top defence hardware purchasers in the world, spending billions of dollars each year according to various estimates. Since Prime Minister Narendra Modi took office in 2014, there has been an emphasis on boosting domestic manufacturing including defence production.

In May, the government said it was raising the foreign direct investment cap in the defence sector from 49% to 74%. A draft Defence Production and Export Promotion Policy 2020, unveiled last month, said the government was aiming for a turnover of ₹1.75 lakh crore ($25 billion) in defence manufacturing by 2025 with the sector identified as having the potential to boost the overall economy. It also set an export target of ₹35,000 crore ($ 5 billion) in aerospace and defence goods and services in the next five years.

Under the DAP 2020, the offset guidelines have also been revised, facilitating preference to firms offering to manufacture products in India over relevant components. “The offset guidelines have also been revised, wherein preference will be given to manufacture of complete defence products over components and various multipliers have been added to give incentivisation in discharge of offsets,” defence minister Singh said in a post on Twitter.

The policy also provides for a single stage accord of AoN (Acceptance of Necessity) in all cases up to ₹500 crore to avoid delays in approval of acquisition proposals.

Under the new policy, leasing of platforms can now be done “to enable operating of assets without owning thereby, substitute huge initial capital outlays,” the defence ministry said. To keep companies from pitching inflated proposals at the beginning of a contract, the policy has a price variation clause “for large and protracted contracts,” the statement said, adding that it is meant for “arriving at a realistic price” for the product.

* Thank you for subscribing to our newsletter.