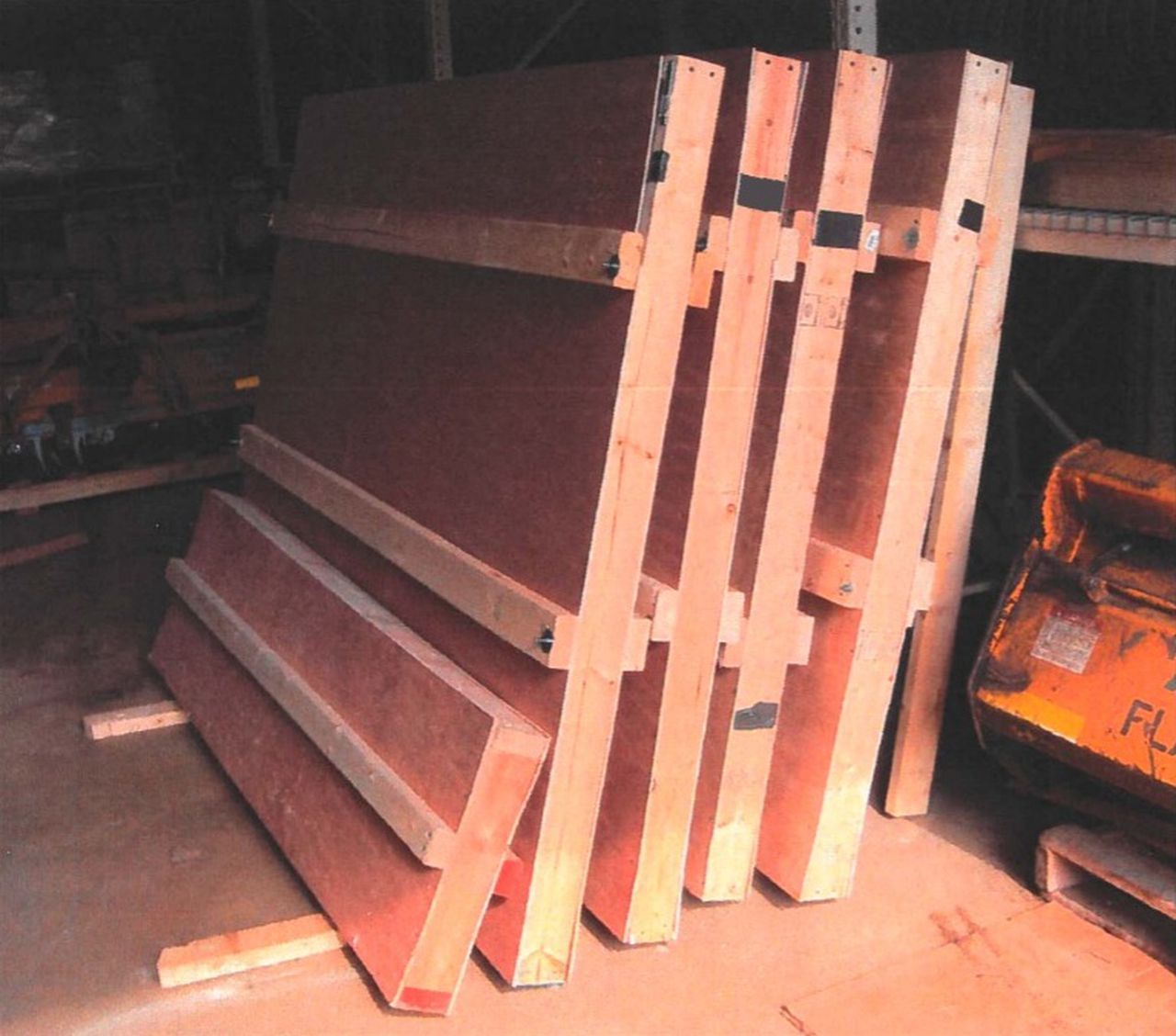 AMHERST — Several large marble plaques honoring more than 300 residents who fought and died in the Civil War have remained out of public view for more than 20 years, though town officials are nearing a solution.

The tablets — donated to the town by E.M. Stanton Post 147 of the Grand Army of the Republic, a veteran’s organization comprised of former Union soldiers in 1893 — have been crated and stored in the public works garage since 1997.

The more than century-old plaques each measure 56-by-75 inches and weigh between 600 and 800 pounds. They bear the names of more than 300 Amherst soldiers and sailors, including 21 local Black residents. Seven of these men served with the 54th Massachusetts Infantry Division – the first Black regiment in the Union Army.

“In the immediate future, the town will relocate the Civil War tablets to a climate-controlled location,” Town Manager Paul Bockelman told The Republican on Thursday. “Moving these large, heavy but fragile objects without doing harm to them is most important. Once there and secured, the town will bring in the original conservator to assess their condition, recommend treatment if necessary, and identify options for short-term storage and/or display.”

He added, “The town continues to seek a permanent home for these historic artifacts of Amherst’s history. They deserve a place of prominence where they can be displayed securely, seen widely, and enjoyed by all.”

During a meeting Wednesday of the town’s Historical Commission, the board discussed how to safely take the artifacts out of storage, clean them without doing damage, and locate a public space to show this dimension of the town’s history.

In a Sept. 11 letter to Bockelman, Amherst Historical Commission Jane Wald wrote, ““We ask that you move the tablets to a climate-controlled room large enough for them to be uncrated, inspected, and conserved if need be. This is a very important first step in advance of any efforts to permanently display the tablets – which has been an ongoing goal of the Town and public for over 20 years since the tablets were removed from Town Hall.”

The commission’s letter to Bockelman includes a timeline indicating when and where the tablets had been publicly displayed, and efforts made since 1997 to find a place to show them.

Amherst Town Hall, which was built in 1889, was the first home of the tablets, when they were gifted by Grand Army of the Republic in 1893. For 69 years they were displayed at the building’s entrance foyer and stair tower landings.

Renovations to the building in 1962 resulted in relocating the tablets into the basement area, where at the time, the Police Department headquarters was.

In 1989, with construction of new police building, and the department’s moving out of town hall the Civil War tablets were removed from Town Hall basement wall displays and stacked together on the floor, left leaning against basement walls, the historical commission letter states. The marble plaques were then moved to the DPW garage at Ruxton in 1997 for storage.

The letter also describes efforts over past 23 years to find a suitable way to display the tablets.

“Since the tablets are the property of the town, any decision regarding the storage or display location is in the purview of the town manager,” Wald wrote. “The Historical Commission is here to serve as an advisory role and would be happy to assist throughout this process however we can.”