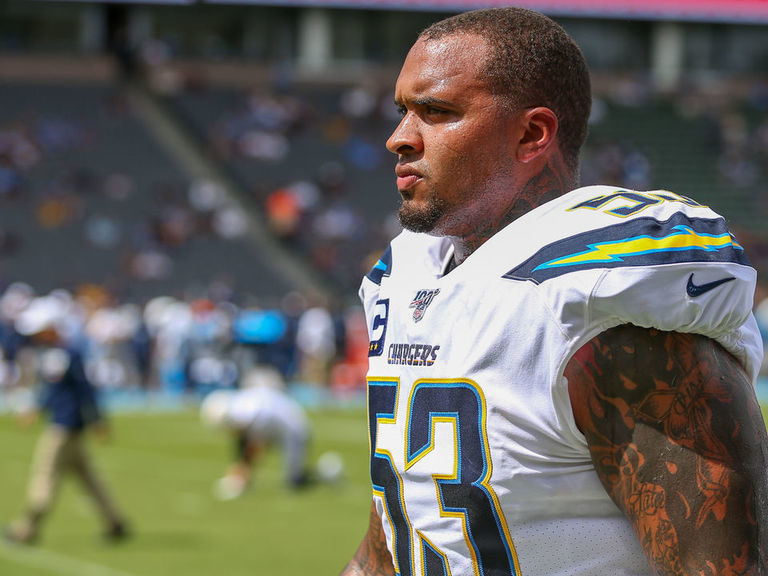 The Los Angeles Chargers will be without their starting center for the remainder of the 2020 season as Mike Pouncey was placed on injured reserve Thursday, general manager Tom Telesco announced.

Pouncey missed the Chargers’ season opener Sunday, and has been battling a hip injury that will require surgery.

“On top of being a Pro Bowl talent, he’s the ultimate captain, teammate, and competitor,” Telesco said. “Quite simply, he’s one of the best leaders I’ve ever been around. Mike’s played a major role in establishing the culture and standard we now have in our locker room and sets a tremendous example, especially for the younger members of our team. I’m happy he’ll remain around the team throughout the season, and all of us wish Mike a successful procedure and speedy recovery.”

The four-time Pro Bowler joined the Chargers in 2018 on a two-year deal after spending his first seven NFL seasons with the Miami Dolphins. He started all 16 games in his first campaign with Los Angeles and has amassed 114 career starts.

In Pouncey’s absence, the Chargers are expected to move forward with Dan Feeney at center and Forrest Lamp starting at left guard. The offensive line allowed two sacks and helped their running backs finish with four yards per carry against the Cincinnati Bengals in Week 1.

The Chargers have also lost star safety Derwin James to a season-ending injury.