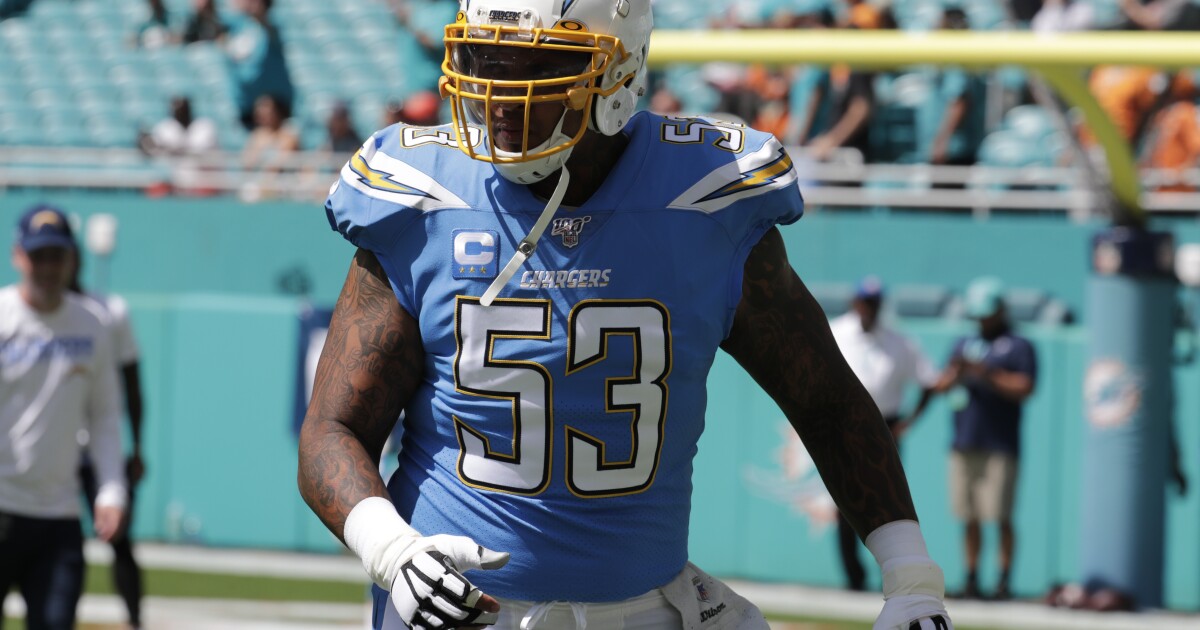 The Chargers lost center Mike Pouncey for the season Thursday because of a hip problem he has been dealing with for years.

The team announced Pouncey would have surgery sometime this month.

“On top of being a Pro Bowl talent, he’s the ultimate captain, teammate and competitor,” general manager Tom Telesco said in a statement. “Quite simply, he’s one of the best leaders I’ve ever been around.”

Pouncey, 31, made the Pro Bowl after his first season with the Chargers in 2018. Before the opener last September, he signed a one-year extension through this season. But Pouncey suffered a season-ending neck injury five games into 2019, and that injury also required surgery.

“Mike’s played a major role in establishing the culture and standard we now have in our locker room and sets a tremendous example, especially for the younger members of our team,” Telesco’s statement read. “I’m happy he’ll remain around the team throughout the season, and all of us wish Mike a successful procedure and speedy recovery.”

The injury is just the latest for a team already dealing with the losses of safety Derwin James and linebacker Drue Tranquill.

James, a 2018 all-pro, is out for the season after undergoing knee surgery. He was hurt last month in the Chargers’ lone scrimmage of training camp.

Tranquill suffered a broken bone in his leg in the first quarter of the Chargers’ 16-13 victory over Cincinnati on Sunday. He underwent surgery this week and was placed on injured reserve. Coach Anthony Lynn said Monday he was not sure if Tranquill would return this season.

Pouncey is a four-time all-pro who has been picked as a team captain the last two seasons. During his career, he has started all 114 games in which he has appeared, including 21 with the Chargers.

Without Pouncey, the team has moved Dan Feeney to center and inserted Forrest Lamp into the starting left guard spot. To fill Pouncey’s spot on the roster, the Chargers promoted fullback Gabe Nabers to the active roster.