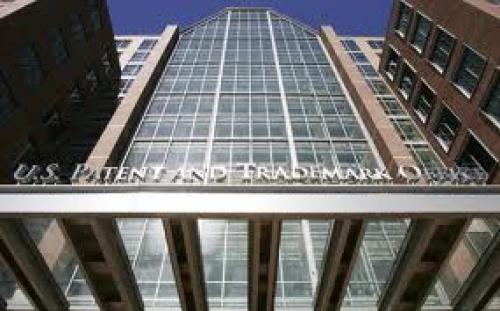 In a succinct opinion, the Federal Circuit ordered a remedy which raises questions thought to have been settled in SAS Institute Inc. v. Iancu, namely whether the Patent Trial and Appeal Board can address only some of the claims challenged in an IPR proceeding.  Based on the affirmance of a related district court proceeding invalidating some claims, the court vacated a portion of the Board’s decision, and remanded to the Board to dismiss as moot the IPR petition as to some of the challenged claims.  In short, the Federal Circuit effectively ordered the Board to issue a decision on only some of the claims challenged in the IPR proceeding.

To understand the mootness issue, it is important to appreciate the procedural history of the case. In early 2016, Voip-Pal sued Apple for infringement of U.S. Patent Nos. 8,542,815 and 9,179,005 (“asserted patents”) in the U.S. Federal District Court for the District of Nevada.  See Apple Inc. v. Voip-Pal, Inc., Nos. 2018-1456, 2018-1457, slip op. at 2-3 (Fed. Cir. Sept. 25, 2020).  Subsequently, Apple petitioned for inter partes review (“IPR”) and the district court case was stayed, pending resolution of the IPR.  See id. at 3.  The Board eventually concluded all claims in the asserted patents were not invalid as obvious.  See id. at 4.  Shortly thereafter, the district court stay was lifted, and the case was transferred to the U.S. Federal District Court for the Northern District of California and combined with related cases alleging infringement of the same patents.  See id. at 6.  The district court then granted a motion to dismiss, holding the representative claims were patent ineligible.  This outcome was affirmed by the Federal Circuit in a separate opinion in Apple Inc. v. Twitter, Inc. (“Twitter”). See id.

In a post-briefing document entitled “Suggestion of Mootness,” filed in this case after the affirmance in Twitter, Apple contended that the affirmance rendered the instant appeals moot, warranting vacatur of the Board’s final written decisions and associated sanctions. See Apple Inc. v. Voip-Pal.com, Inc., Nos. 18-1456 (Fed. Cir. June 8, 2020), ECF No. 79.  During oral argument at the Federal Circuit, Apple’s unopposed argument was that all claims challenged in the IPR which overlapped with the claims invalidated by the district court should be dismissed as moot.  See Apple Inc., Nos. 2018-1456, 2018-1457, slip op. at 6. The Federal Circuit agreed, holding that since the claims “failed the Section 101 threshold in Twitter, Apple ‘no longer has the potential for injury, thereby mooting the [obviousness] inquiry’ at issue in the instant appeal.”  Id. at 7.  The Federal Circuit then vacated-in-part and remanded for the Board to dismiss Apple’s IPR petitions as to the overlapping claims—the court affirming the Board’s non-obviousness determination as to the remaining non-overlapping claims.

In the wake of this opinion on mootness, two questions are left largely unanswered.  One, whether the court actually had authority to order a dismissal for mootness in an administrative setting.  And two, how this decision interacts with SAS Institute Inc. v. Iancu, which dictates that a petitioner is entitled to a written decision addressing all challenged claims.  138 S. Ct. 1348, 1359-60 (2018).

Regarding the first question, which relates to justiciability and mootness, generally a case pending before a federal court may, at some point during its pendency, become nonjusticiable thereby rendering the case moot.  The Federal Circuit in the instant appeal cites United States v. Munsingwear, Inc. which states that it is the “established practice” and “duty of the appellate court” to “reverse or vacate the judgment below and remand with a direction to dismiss” when “a civil case from a court in the federal system [becomes] moot while on its way [t]here or pending [its] decision on the merits.” 340 U.S. 36, 39-40 (1950).  In a footnote, the Federal Circuit recognizes that the instant appeal did not arise from a federal court, as in Munsingwear, but, rather, from an administrative agency, and states that “[t]his difference in procedural history does not merit a different remedy.” See Apple Inc., Nos. 2018-1456, 2018-1457, slip op. at 7 n.3 (citing PNC Bank Nat’l Ass’n v. Secure Axcess, LLC, 138 S. Ct. 1982, 1982 (2018) (mem.) (ordering remand for Board to vacate order for mootness)).

In regard to the second question, which seeks to understand how this opinion interacts with SAS Institute Inc. v. Iancu, it is well known that the Supreme Court in SAS states “that the petitioner’s petition, not the Director’s discretion, should guide the life of the litigation.” 138 S. Ct. at 1351.  This means that a petitioner is entitled to a final written decision addressing all claims and challenges in the petition.  As the Supreme Court wrote earlier this year, “once the agency institutes inter partes review, it must ‘resolve all of the claims in the case.’”  Thryv Inc. v. Click-to-Call Inc., 140 S. Ct. 1367, 1376 (2020) (quoting SAS Inst., 138 S. Ct. at 1353).

Here, the Federal Circuit has required that the Board only vacate-in-part, allowing the rest of the decision to stand. Once the Board dismisses these overlapping claims as moot, Apple will no longer have a written decision on them.  The Federal Circuit’s decision to vacate and remand seemingly authorizes the Board to issue a partial decision despite the SAS command that it is the petition that guides the litigation.  While the Federal Circuit itself does not address this issue, perhaps the answer could be found in the SAS recognition that “the claims challenged ‘in the petition’ will not always survive to the end of the case.” SAS Inst., 138 S. Ct. at 1357. Specifically, the Supreme Court expresses that the statute’s own language establishes that the claims in a challenged patent may be winnowed during the litigation when, for example, a patent owner moves to cancel a challenged claim during the course of an IPR. Id.  Though unexpressed here, perhaps the view of the Federal Circuit is that the overlapping claims have, in effect, been winnowed from the patent, consequently enabling the Board to issue a decision on only some of the claims challenged in the IPR.

In an almost equally curt section, the Federal Circuit dismissed Apple’s arguments that claims not invalidated in the district court proceeding should also be dismissed as moot.  Apple, slip op. at 8.  However, as explained by the court, any effects of claim preclusion from the district court proceeding can only be decided in a future action brought by Voip-Pal.  See id. (citing In re Katz Interactive Call Processing Pat. Litig., 639 F.3d 1303, 1310 n.5 (Fed. Cir. 2011) (stating the “precise effect of the judgment[] in th[e] [first] case will necessarily have to be decided in any such later actions that may be brought.”)) (changes and emphasis in Apple opinion).  Any opinion issued at this stage would be merely advisory and a violation of the court’s Article III jurisdiction.  See id. at 9.

During the initial IPR proceedings, the former CEO of Voip-Pal sent numerous letters to various people, including members of Congress, the President, federal judges, and administrative patent judges (“APJs”) working at the PTAB.  See id. at 3.  These letters were not copied to Apple and they criticized the IPR system, complained about outcomes at the Board, and requested judgment in favor of Voip-Pal or, in the alternative, dismissal of Apple’s petitions.  See id.  After the written decision was issued finding none of the challenged claims invalid as obvious, Apple moved for sanctions based on the ex parte communications, and appealed the final written decision regarding validity to the Federal Circuit. See id. at 4. The Federal Circuit issued a limited stay allowing the Board to rule on the sanction motions. See id. A new panel of APJs granted Apple’s sanctions motion and crafted a novel remedy, electing to preside over Apple’s request for rehearing.  See id. at 4-5.  However, this request was ultimately denied on the merits as Apple had not proven the prior panel had misapprehended or overlooked any matter in issuing the final written decision.  See id. at 5.  The Federal Circuit then lifted the stay, giving rise to the instant appeal in which Apple challenges this outcome on two grounds: one, alleging a violation of the Administrative Procedure Act (“APA”) and due process when the second panel imposed novel sanctions, and two, alleging the Board was incorrect to conclude the challenged claims were not obvious.  See id. at 9.

Apple argued that the Board was only permitted to issue one of the eight sanctions enumerated under 37 C.F.R. § 42.12(b).  See id. at 10.  However, the court points out that § 42.12(b) says “Sanctions include . . . ,” proving the list is non-exhaustive.  See id. at 11.  Since the regulation supported the Board crafting its own sanction, and the sanction chosen was reasonable, it was not an abuse of discretion or a violation of the APA.

Next, Apple alleged a due process violation stemming from the Board refusing to issue the particular sanction sought by Apple.  See id. at 12.  This argument was dismissed since Apple did not identify any property interest when first raising the due process concern.  See id.  Since a due process violation requires deprivation of a property interest, and new arguments cannot be raised on appeal, the court rejected Apple’s argument. See id. at 12-13.

Finally, Apple argued the Board legally and factually erred when it held that Apple failed to establish a motivation to combine its asserted prior art.  See id. at 13.  Again, Apple’s argument was unavailing.  See id. at 13-15.  The court, moreover, affirmed the Board’s determination that Apple’s expert provided only “conclusory and insufficient” reasons for combining the references.  See id. at 14.  As noted, a finding of nonobviousness cannot be supported by mere conclusory statements.  See id. (citing In re Kahn, 441 F.3d 977, 988 (Fed. Cir. 2006)).  Additionally, the Board did not err by crediting the testimony of Voip-Pal’s expert over that of Apple’s.  See id. at 15.

Though it is short, the court’s opinion leaves open unanswered questions.  For example, must the Board await a Federal Circuit order before partially dismissing an IPR petition?  Since Article III mootness does not normally apply at the Board, are there grounds other than mootness that might warrant a partial dismissal of an IPR petition? And regarding sanctions, since the Board is not limited to the eight sanctions enumerated in the regulations, could the Board impose monetary sanctions? Though the factual circumstances leading to this case may not be common, it seems likely more appeals will be spawned to address unresolved questions.