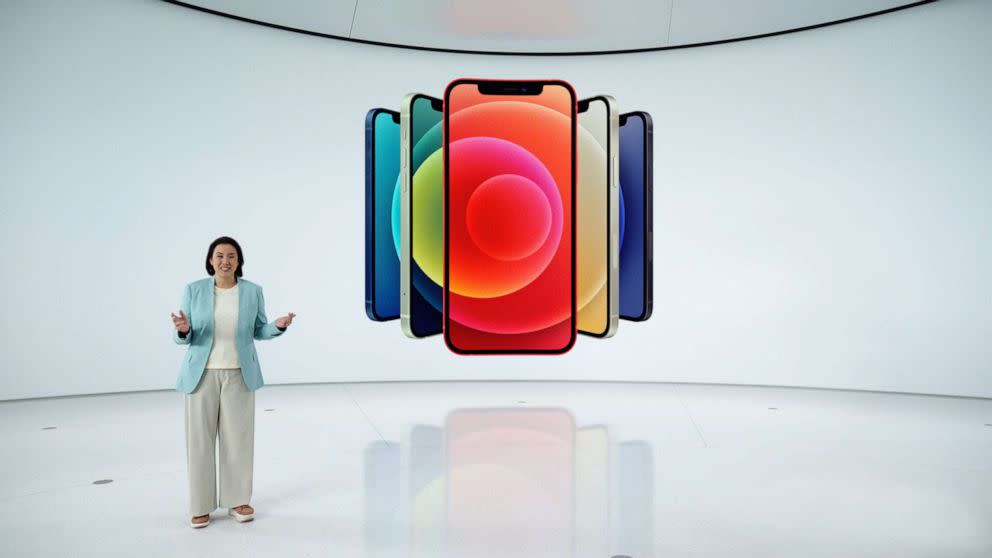 Apple on Tuesday unveiled its 5G iPhone, the first for the tech giant.

“The next generation is here. Today is the beginning of a new era for iPhone,” Apple CEO Tim Cook said. “This is a huge moment for all of us and we’re really excited.”

The iPhone 12 was “designed with 5G in mind” and comes in five new colors (black, white, red, green and blue), Kaiann Drance, Apple’s vice president of marketing, said at the virtual event. The pro version of the iPhone 12 comes in four stainless steel finishes, including graphite, silver, gold and pacific blue.

MORE: Here is everything that was announced at today’s Apple event

It also has the new A14 Bionic chip, which Apple said is the fastest chip in a smartphone. It also features a new Super Retina XDR display and a new ceramic shield glass, which will make the iPhone “more durable than ever,” Drance noted.

The iPhone 12 comes in a slew of new options, including a mini version and a pro version. The iPhone 12 Pro and Pro Max feature a more advanced camera, and the Pro Max even has a 5x optical zoom range. The Pro versions also have a telephoto lens and are much better at taking low-light photos, according to Apple.

“To set the scene, it is the biggest unveil in probably a decade for [Tim] Cook,” tech industry analyst Dan Ives, managing director of equity research at Wedbush Securities, told ABC News ahead of the event. “I think it’s a once-in-a-decade product cycle around 5G.”

“Going into the launch event, it’s really Apple laying the groundwork for why consumers should upgrade to 5G, and what makes it such a transformational technology upgrade for the iPhone 12,” he added.

‘The next generation is here’: Apple unveils its first-ever 5G iPhone originally appeared on abcnews.go.com