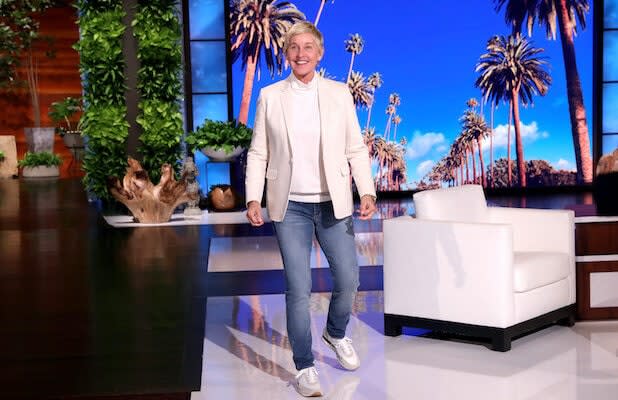 Ellen DeGeneres opened Season 18 of “The Ellen DeGeneres Show” Monday by addressing the controversy that has surrounded her this summer following several accusations of a toxic workplace at the long-running talk show.

“As you may have heard, this summer there were allegations of a toxic environment here at our show. And then there was an investigation. I learned that things happened here that never should have happened. I take that very seriously and I want to say I’m so sorry to the people who were affected.”

DeGeneres called this a “new chapter” for her show and said she’s “committed to making this the best season that we’ve ever had.”

“I am a boss of 270 people. 270 people who help make this show what it is… All I want is for every single one of them to be happy and to be proud to work here.”

The “Ellen” host went on to talk about her “Be Kind” lady label and reports that she is “not who I appear to be on TV.”

“Here’s how that happened, I started saying ‘be kind to one another’ after a young man named Tyler Clementi took his own life after being bullied for being gay. I thought the world needed more kindness, and it was a reminder that we all needed that. And I think we need it more than ever right now.”

DeGeneres said that being known as the “Be Kind” lady is “tricky position to be in,” but promises she is actually “that person you see on TV.”

“The truth is, I am that person you see on TV — I’m also a lot of other things. Sometimes I get sad, I get mad, I get anxious, I get frustrated, I get impatient. And I am working on all of that.”

“I’ve played a straight woman in movies, so I’m a pretty good actress,” she joked. “But I don’t think that I’m that good that I could come out here every day for 17 years and fool you. This is me. And my intention is to always be the best person I can be. And if I’ve ever let someone down, if I’ve ever hurt their feelings, I am so sorry for that.”

Watch DeGeneres’ full opening monologue via the video above, which she gave next to Stephen “tWitch” Boss, who is no longer her “DJ” after being upped to co-executive producer this summer.

In case you’ve been self-quarantining under a rock, DeGeneres’ comments refer to the controversy that has surrounded her in recent months, after dozens of current and former staffers spoke out about their time working on “Ellen” in a pair of bombshell Buzzfeed News reports.

In a memo to staff back in July, DeGeneres said she was “disappointed” to learn that employees felt mistreated while working on her show and committed herself to “ensuring this does not happen again.”

Read original story Ellen DeGeneres Opens Season 18 With Apology for Toxic Workplace Accusations, Says She Is ‘That Person You See on TV’ (Video) At TheWrap