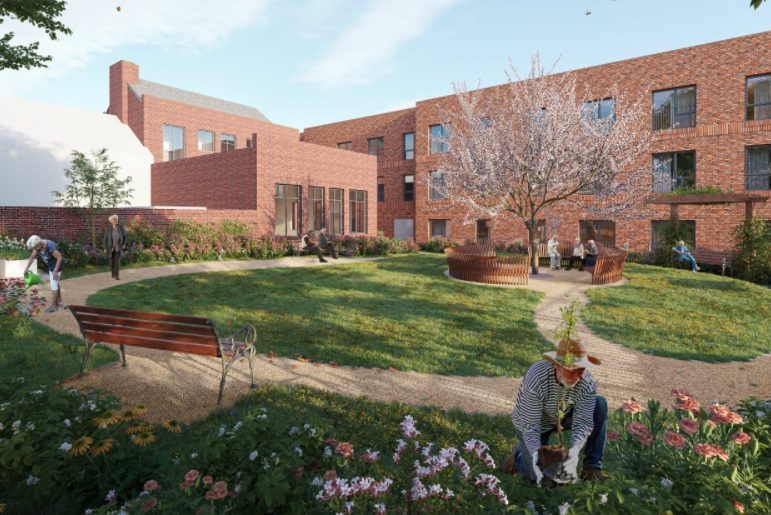 Halton-based housing association and developer Signature Supported Housing has revealed its plans for a class-leading 36-apartment supported living development, alongside a community hub to bring the residents of Runcorn together.

Carnegie Court would see the existing Waterloo Centre, which has been deemed dangerous by the council, demolished and the land turned into a specialist accommodation for people living with early onset dementia.

The adjoining Grade II-listed Carnegie Library would be sympathetically refurbished to create a community hub which would become home to a wide range of outreach services for the wider community, including community groups, library, employment services, NHS clinics, counselling, IT facilities, meeting rooms and workshops which would serve the community of Runcorn.

Owner and managing director of Signature Supported Housing, Rob Bryan, said: “Historically, people living with dementia have been housed in unsuitable accommodation tucked away, almost out of sight.

“Carnegie Court would place them at the heart of the community with access to local amenities as well as having the use of services at the community hub next door.”

Mr Bryan explained his motivation for the scheme, saying: “My mother passed away from dementia in a general ward which made a difficult experience that much harder for us as a family.

“Carnegie Court will provide first-class accommodation through to end of life and services for residents that are affordable and accessible for everyone.”

If given the green light, the development would deliver a number of employment opportunities, with tenders for the build being sought from Merseyside and Cheshire and subsequent staffing coming from the local area.

The developer welcomes comments about the plans via www.ssh.org.uk until October 1. The council is expected to make a decision on the application on November 27.